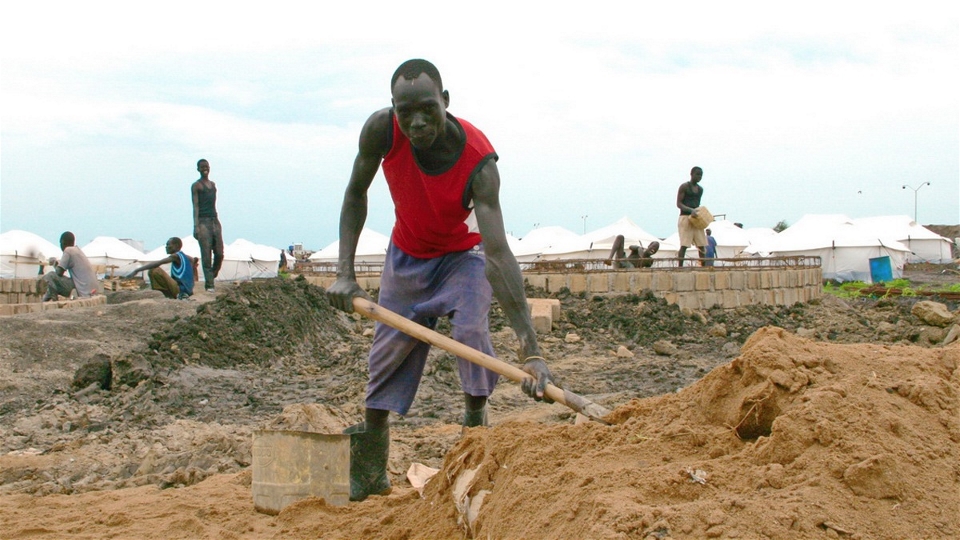 KAMPALA, Uganda—The World Food Program has started emergency airdrops of food to millions of people isolated by conflict and rainy conditions in South Sudan, the food agency said Monday, in the latest effort to address an unfolding crisis in the world’s youngest nation.

The World Food Program is conducting the daily drops out of bases in South Sudan, Uganda and Ethiopia to provide food and nutrition assistance to at least 2.9 million people in the three oil-rich states of Upper Nile, Unity and Jonglei by the end of the year, said Lydia Wamala, the spokeswoman for the WFP in Uganda.

The process is expected to continue over the next two months but could last longer as a civil war continues to ravage South Sudan, Ms. Wamala said. The current conflict, which began in December, has splintered the country along ethnic lines, pitting President Salva Kiir’s Dinka community against former vice president Riek Machar’s Nuer tribesmen.

Insecurity and inadequate infrastructure in South Sudan have compelled the food agency to use the airspace of Uganda and Ethiopia to reach people in dire need of food, officials said.

“WFP is using land, air and water to deliver food to people who are isolated by conflict and facing intense hunger,” said Alice-Martin Daihirou, the organization’s country director. “While WFP’s team here in Uganda is providing this critical logistical support to our colleagues in South Sudan, we are also assisting a growing number of South Sudanese refugees.”

The development comes a few days after WFP said that more than 150 of its trucks carrying food aid for displaced people had become bogged down after heavy rains collapsed bridges and covered roads with mud.

More than 10,000 people have been killed in the conflict and up to 1.5 million remain displaced. The warring factions have signed two cease-fire deals since January, but there has been little to show for months of talks. East African mediators had set a deadline for Messrs. Kiir and Machar to form an interim government, but they failed to do so in the allotted time.

Diplomats say both sides continue to violate the latest truce as halfhearted negotiations continue in the Ethiopian capital, Addis Ababa.

The conflict has disrupted farming and harvests over the past eight months, exacerbating the country’s food crisis. With only 4.5% of South Sudan’s land under cultivation, the government has always depended on oil revenues to meet food needs, but oil regions continue to be the scene of the heaviest combat. Crude output has dropped by a third to 160,000 barrels a day, a severe blow to government revenues.

The country broke away from Sudan in 2011, taking with it nearly 75% of Sudanese oil fields, but remains among the least developed nations in the world with virtually no basic infrastructure such as roads and railways.

According to the United Nations Food and Agriculture organization, food reserves are completely exhausted in areas isolated by the conflict, putting some 3.5 million people at risk of starvation. As the conflict continues, aid officials have warned that South Sudan is headed for the worst famine since the 1980s, when the U.N. has estimated that more than a million people died in the Horn of Africa.