Please check out the multiple areas where we need your help below. From clean water, orphan and refugee aid, to medicine and more, there are so many ways you can help to make a life-saving difference in the lives of those suffering in the Sudan region.

Give Victims of Brutal Violence a New Start

One moment you are living a typical daily life, performing your usual tasks. In the next, you are grabbing your children and fleeing for your life, trying to escape bullets raining down all around you as fire consumes your home. This is the reality faced by the people of Wau. […]

Located in the town of Nzara is St. Theresa’s Hospital. It stands as a lifesaving beacon here — the one and only facility of its kind able to provide critical level medical care for some 250,000 people in Nzara and the surrounding region who depend on it. But at this […]

Save Children from Dying on the Streets of Rumbek

Over 400,000 men, women, and children are without food, shelter, clean water, or other basic necessities as they fled swelling floodwaters that raged across large sections of South Sudan in record proportion. Homes were submerged, livestock swept away, and farmlands destroyed, causing widespread displacement of families and destruction of crops. […]

They were kidnapped as children and forced into slavery for a brutal terrorist group known as the Lord’s Resistance Army. Forced to carry a gun and serve as “soldiers” for their captors, the children were compelled to kill or be killed. Any child who didn’t comply faced a merciless death.  […]

As many of you already know, Dr. Tom Catena is a missionary doctor who has saved untold thousands of lives. He’s been called the world’s most important doctor. He is lauded as the very best of what medicine is all about. And he is described as the embodiment of “it’s […]

The Plight of Women in South Sudan

South Sudan gained its independence in 2011 after many long years of bloody civil war, becoming the youngest nation in the world. Even before its independence, the country has been riddled with challenges. Though its citizens were united in seeking independence against the radical Islamists in the north, the newly […]

Franciscan missionary, Father Federico Gandolfi, is one of our partners who came to Juba in 2015, and currently directs St. Clare’s Home for Children orphanage. He recently sent us a request and we wanted to share his story with you. There were so many of them. And they were so […]

Families fled for their lives as gunshots and fires raged through villages in the Western Equatoria state of South Sudan. Families could only grab their children and run from the sudden onslaught that overtook peaceful communities unexpectedly in Tombura County. Now these families find themselves displaced with nothing left – […]

Save Children from Dying
on the Streets of Rumbek

Tragically, if left alone on the streets, these children will not survive for long. They will die from disease, dehydration, or starvation. They are further at risk of being kidnapped into slavery or human trafficking, and face danger from wild animals at night. 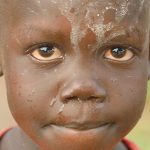