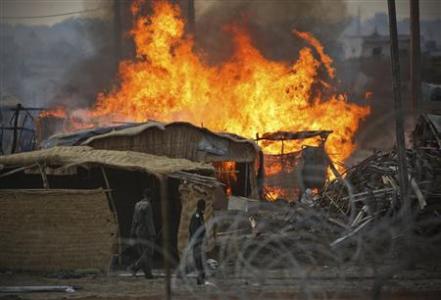 On 24 September 2014 I presented and offered preliminary analysis of a document I had received on 22 September 2014, from a source within Sudan whom I trust implicitly. It was an explosive document, containing the “Minutes of the Military and Security Committee Meeting held in the National Defense College [Khartoum]“; the meeting referred to took place on August 31, 2014; the date of the minutes for the document is September 1, 2014 (Sunday).

What makes the document so extraordinary is the participation of the regime’s most senior military and security officials, expressing themselves freely, and in the process disclosing numerous highly consequential policy decisions, internal and external. I discussed at some length issues of authenticity, and concluded the evidence was simply overwhelming that this was an authentic document, recording the words of men of immense power speaking without restraint about their goals, their fears, their policies. Subsequently I have received a good deal of additional evidence of the authenticity of the document, with no meaningful or substantial challenge offered to my assertion of that authenticity.

The words I am reporting are indeed the words of the men who control power, especially military and security power in Sudan, and have overseen 25 years of savage, self-enriching tyranny. The 30 pages of minutes are dense with revelations—some small, some large, some not so much revelations as shocking confirmation of what has been evident but never publicly confirmed by the National Congress Party/National Islamic Front regime.

In attendance were fourteen of the very most powerful men in the increasingly militarized regime (only two were not senior military officers). These included First Lt. General and Vice President Bakri Hassan Saleh, who will become the most powerful man within the regime if President (and Field Marshal) Omar al-Bashir dies from his health problems, or is medically unable to run again for president in the elections of 2015.

The Strategic Decision to Support Rebels in South Sudan

The minutes of the 31 August 2014 high-level meeting return on a number of occasions to South Sudan and, in particular, the role Khartoum intends to play in determining the outcome of the conflict. The concerns are final a determination of the North/South border (still not delineated, let alone demarcated, with key areas in dispute) and the ability to control a “de-centralized” “Greater Upper Nile”—location of the most lucrative oil production—with Riek Machar as puppet “governor. There is considerable discussion of the very substantial military assistance the regime intends to provide Riek.

The quotes are sufficiently numerous and explicit that I offer relatively little in the way of analysis or supplementary materials; but seen collectively, these statements make clear that war between the South and the Khartoum regime is increasingly likely. At the very least, the regime is helping to prolong a civil war that has produced near-famine conditions in South Sudan and has given rebel leaders Riek Machar and Taban Deng reason to believe that they might prevail militarily or enter negotiations in a much stronger negotiating position by virtue of military strength on the ground.

Khartoum seems to have found common ground with Riek Machar:

“We must change the balance of forces in South Sudan. Riak, Taban and Dhieu Mathok came and requested support in the areas of training in [Military Intelligence], and especially in Tanks and artillery. They requested armament also. They want to be given advanced weapons. Our reply was that we have no objection, provided that we agree on a common objective. Then we train and supply with the required weapons. For sure we will benefit from their discourse. Taban apologized for the support he rendered to Darfurian movements and the role he played in Hijliij battle. That Dinka used them in that battle to spoil their relation with the North. But they discovered the mistake of late.” (1st Lt. Gen. Hashim Abdalla Mohammed, Chief of Joint General Staff, page 16)

The general continues by speaking about what amounts to the secession of “Greater Upper Nile” under cover of “federalism.” Of course, this is precisely the region where the most productive oil sites lie presently. Khartoum, as I warned last January, sees as a distinct possibility the de factoannexation of Upper Nile in partnership with Riek and forces loyal to him (certainly not all those in military opposition or the “SPLA-in Opposition”). In short, Riek sees this as an opportunity to create a lucrative fiefdom in the oil regions:

“Now they [Riek and Taban] are fighting to achieve a federal system or self-rule for each region. I think any self-rule for Greater Upper Nile is good for us in terms of border security, oil resources, and trade. Now we have to study how to enable them [on?] a well-trained force with efficient [Military Intelligence] and logistic staff.” (1st Lt. Gen. Hashim Abdalla Mohammed, Chief of Joint General Staff, page 16)

Of course Riek is not fighting for the principle of federalism, or indeed any principle at all: he is a ruthless, power-hungry man indifferent to the suffering that a prolonged civil war will bring. And certainly if he is supplied by Khartoum with logistics, tanks, artillery, and advanced weapons, he will be in a position to fight on indefinitely. General Hashim Abadalla Mohammed declares that “we have no objection,” stipulating only that “we agree on a common objective.” The oil of Upper Nile is that “common objective.”

“The people of South Sudan must accept to meet us and tell us their opinion on the drawing of the zero line and the buffer zone [This is simply a bald lie: it has been Khartoum that has for years resisted all efforts to resolve the North/South border disputes, short of total concession by the South. One must wonder if lying is so habitual in some men that it becomes for them the “truth”—ER]. If they refuse, we can deal with them in a manner that suits the threat they pose to us. I met Riak, Dhieu and Taban and they are regretting the decision to separate the South and we decided to return his house to him. He requested us to assist him and that he, has shortage in the [Military Intelligence] personnel, operations command, and tank technicians. We must use the many cards we have against the South in order to give them unforgettable lesson” (page 22 – 23). [Yet again use of the “card” metaphor, a reflection of Khartoum’s constant calculation of the “odds,” and when a gamble should be taken. Given the economic implosion in Sudan, the gamble of the moment in the oil regions seems increasingly attractive—ER]

Hussein’s is a thinly disguised and completely unjustified basis for military seizure of contested regions, with “Greater Upper Nile” nominally governed by Riek thrown into the deal.

“Riak and Taban during their visit to Khartoum disclosed to us everything about the logistical support from Juba to the rebels, the route of supply and who transport it to them. Also gave us information about the meetings held between Juba and the rebels in regards to the disengagement between the two divisions and the SPLM/A South.” (page 14)

But there has never been strong evidence of substantial support from Juba for the Sudan People’s Liberation Army-North. Small Arms Surveyhas found only limited evidence of assistance, and nothing that could seriously assist the war effort; indeed, SAS concludes that “the vast majority of the weapons documented with rebel groups originated in Sudan Armed Forces (SAF) stockpiles” (2014 Yearbook, page 20, Chapter 7). The two divisions of the SPLA-N—in South Kordofan and Blue Nile—were largely self-equipped when the breakup of the so-called Joint Integrated Units occurred prior to Southern independence. And particularly in the Nuba, General Abdel Aziz el-Hilu of the SPLA-N has seized tremendous quantities of weapons and ammunition from Khartoum’s Sudan Armed Forces and militia allies. Moreover, desperately embattled as it is, Juba is simply in no position, logistically or otherwise, to assist the SPLA-N. This is more angry fantasy presented as deliberation.

But guided by the same instincts, Lt. General Siddiig Aamir, Director of Military Intelligence and Security, is willing to surreptitiously invade South Sudan:

“The South is still supporting the rebels with the aim to change our government in Khartoum. In order to counter that danger, we are pre-empting them by a plan to infiltrate and empty the refugee camps [in Unity State and Blue Nile State—ER], recruit field commanders, and train the sons of the war affected areas to fight and defeat the rebellion [by the SPLA-N—ER]” (page 11).

What is clear throughout is that Khartoum sees no reason not to support the rebel groups in the South:

“[Juba is] still supporting the two divisions of Nuba Mountains and Blue Nile [This is simply not true in any significant sense now, if it ever was—more self-reinforcing mendacity within the regime, used as a means of explaining the crushing military defeats suffered earlier in the Nuba—ER]. Accordingly, we must provide Riak forces with big support in order to wage the war against Juba and clean the whole of Greater Upper Nile area.” Lt. General (PSC) Imadadiin Adawi, Chief of Joint Operations (page 14). [The verb “clean” here has extremely ominous implications, given the history of the regime’s engaging in what many—on many occasions—have called “ethnic cleansing”—ER]

There could hardly be a more explicit declaration of strategic ambition. That is will entail military conflict likely costing hundreds of thousands of civilian lives seems not even to occur even as a passing thought to these men.

In his summary comments and recommendations, recorded at the end of the minutes, Vice President and First Lt. General Bakri Hassan Salehmakes several terse but revealing comments:

“The greatest security and social threat is coming from South Sudan (foreign existence Uganda, America, France and Israel), the Armed Movements, South Sudanese and two areas displaced and refugees due to war (diseases, social crimes, children missing education and some converted to Christianity).” [The implicit equation of “diseases,” “social crimes,” with “conversion to Christianity” reveals a great deal about the way in which the National Congress Party/National Islamic Front regime thinks about the world—ER]

“We are not interested in any relation with South Sudan or the neighboring countries, but it is a reality that requires us to respond and deal with it.”

With such views, the Vice President “recommends” (these come sequentially):

These blunt recommendations, seen in the context of statements by SAF generals with most operational responsibility, augur renewed and expanded war in greater Sudan.

Abyei ablaze after Khartoum’s military seizure of the region, having previously denied the people of Abyei the guaranteed right to a self-determination referendum. Permanent annexation of Abyei will inevitably be one of the military ambitions if Khartoum sides with Riek Machar’s rebels in South Sudan.