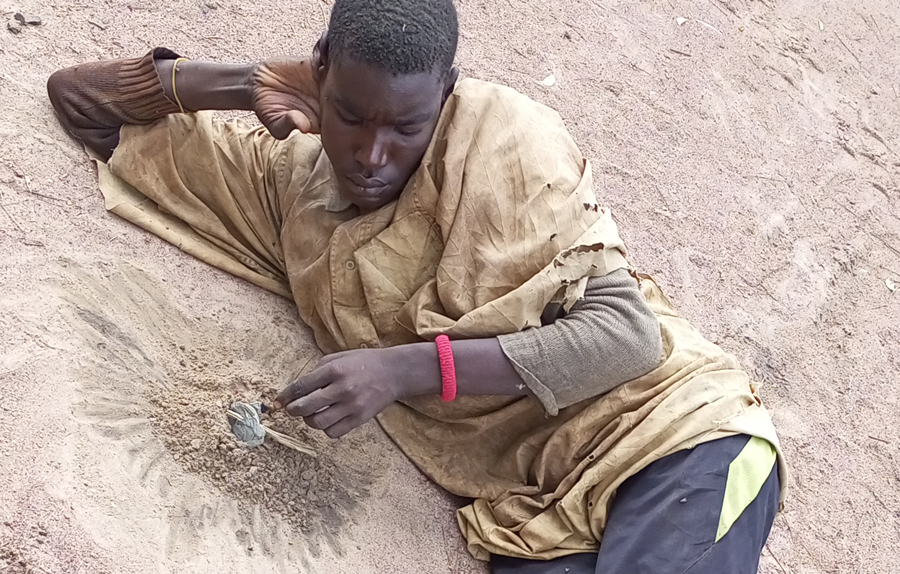 The Silent Epidemic in South Sudan

“Michael is a 24-year-old boy from the town of Yirol. He came to Rumbek at the height of the war in 2013. At that time, he was only 15 years old. Fighting had broken out, as rebels from the nearby cattle camp came to raid the town. His mother, two sisters, and a younger brother all scattered and ran through a hail of gunfire which lasted for four days. He never saw them again. And he never returned to the town.

Michael walked for three days straight, eventually reaching Rumbek. Over time, he forgot where he had come from. He even forgot his own name. It wasn’t until two years ago that his uncle from Yirol recognized him as he was visiting.

Michael is a mild mannered and gentle boy with a beautiful smile, but he rarely speaks. On occasion he reaches high levels of overactive behavior, which leads many locals to fear him. But eventually he will return to his current state of silence. He unloads trucks to earn money to eat, and sleeps in a doorway to rest.

You will often see Michael under a tree at our local church. It was not until recently that I realized he was praying with his Rosary Beads. He always smiles when he sees me, but currently, as seen in this photo, he has returned to a state of silence. A local tradesman remembered him coming to Rumbek as a young boy, and narrated his story to me.

Michael is one of many, many young men in this town suffering from severe mental trauma as a result of the war. There is no medical help of any kind for people such as him or any of the others. Victims live in a daze, going from day to day, wandering around with a black glaze in their eyes.

While Michael is clothed, many of those in need of great help refuse to wear any clothing. In one such case a few months ago, we did manage to start a young man on medication which resulted in great improvement – so much so that he inquired four weeks after treatment why he had no clothes on. Unfortunately, he moved on and now we no longer know his whereabouts.”

Hope on the Horizon

Sudan Relief Fund is taking steps to address mental illness and support developing programs that minister to trauma victims. With your help we funded the construction of a church and community building to provide spiritual and social healing for boys who escaped the horrors of conscription as child soldiers. Together we expanded the Blue Sisters’ Women’s Center, where female victims of violence can live in a supportive and peaceful environment while recovering from traumatic experiences.

In Juba, Father Federico of St. Clare’s Home for Children opened a new Pastoral Center and has begun teaching courses in Trauma Awareness. These courses have been enthusiastically received by the community, and already people are asking for more. It’s just a start. But treating this problem on a wide scale begins with small steps in the right direction.

Would you like to support Sudan Relief Fund’s work to address victims of trauma?