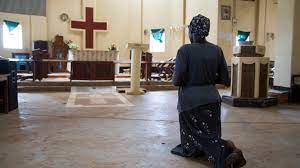 The United Nations says 100,000 people were trapped and facing an increasingly dire situation in the besieged South Sudanese town of Yei after fleeing violence that included killings and mutilations. More than 30,000 people have fled into Yei, southwest of the capital, Juba following deadly attacks on civilians and looting of property. They joined several thousand displaced people who had arrived since mid-July, and as many as 60,000 town residents, the United Nations refugee agency said. South Sudan has been consumed by violence that began in late 2013 and has left tens of thousands of people dead and forced millions from their homes.