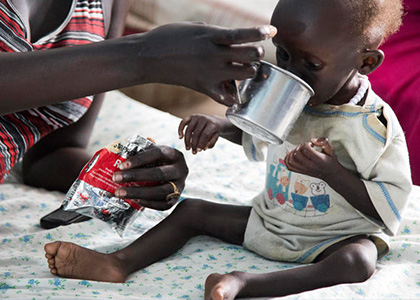 In the catalog of horrors afflicting the world’s most hellish places, South Sudan can check about every bloodied box. More than four years of civil warfare has left tens of thousands dead, two million displaced, half the population at threat of starvation without aid and a trail of atrocities — genocide, child warriors, rape, castration, burned villages. And now, warns the United Nations, famine stalks the tortured land.

A recent report by the United Nations and the South Sudan government said 150,000 people could slip into famine this year. A formal famine declaration means people have already started to starve to death. But even with food aid, humanitarian workers warn, much of South Sudan could face severe hunger by May.

With so many conflicts around the globe, it is not surprising that those like South Sudan’s attract attention only when they rise to horrific levels. But South Sudan has the dubious distinction of being the world’s youngest state and the one most likely to fail.