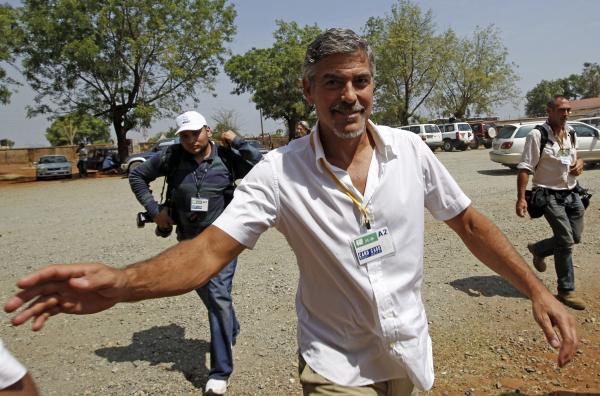 Investigators at The Sentry, an initiative co-founded by George Clooney, have delivered a damning report exposing the war profiteering carried out by South Sudan’s top government leaders. During a press conference on Monday, Clooney warned international leaders that the raging civil war will only continue to get worse if action is not taken immediately. The group compiled evidence from Facebook and Instagram to confirm how official’s spent the profits they made from controlling South Sudan’s natural resources. According to Clooney, the two-year investigation revealed South Sudanese officials have amassed wealth from arms deals, oil and gambling, all the while subjecting their own people to unspeakable atrocities.

Pictures posted on Instagram and Facebook show relatives and subordinates of South Sudanese President, Salva Kiir Mayardit, and his opponent, Riek Machar, live outside of their own war-torn nation in lavish mansions or five-star hotels and drive luxury vehicles. Social media postings by President Kiir’s children also show them living large outside of South Sudan, riding jet skis with friends, partying on boats, and clubbing and drinking with friends.