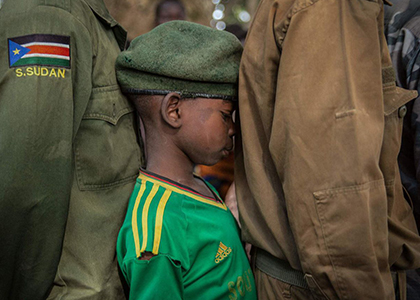 More than 300 child soldiers were released by armed groups in South Sudan, the second-largest such release since civil war began five years ago.

The “laying down of the guns” ceremony for 87 girls and 224 boys was the first step in a process that should see at least 700 child soldiers freed in the coming weeks, the United Nations said. The released children will be reunified with their families and given three months’ worth of food assistance and psychosocial support, along with the opportunity to go to school.

Over 19,000 children are thought to have been recruited by all sides. The U.N. has released almost 2,000 child soldiers so far. More than 10 percent of them have been under age 13.