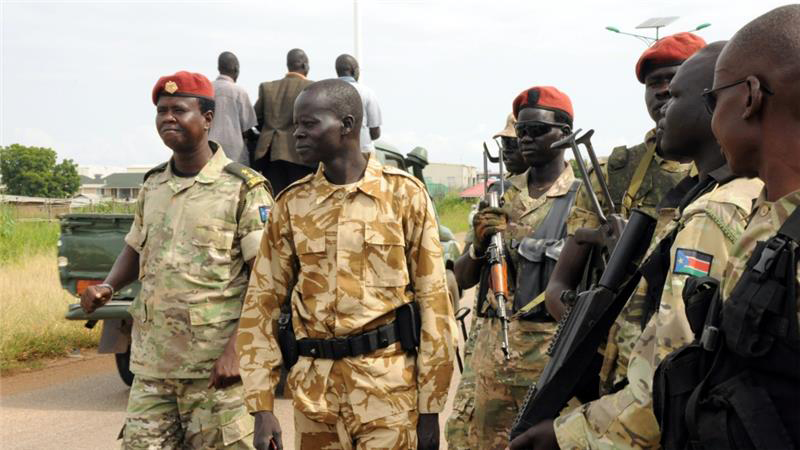 Over a Dozen Killed in South Sudan Clashes

South Sudanese soldiers and rebels have clashed in a state bordering Sudan, killing at least 15 people. The army said that it moved in after spotting rebels loyal to former vice president Riek Machar trying to steal cattle in the small village of Adaab el Bahr, in Unity State. The rebels then caught them in an ambush, which carried on for just short of an hour.

A spokesman for the Machar-allied SPLA-In-Opposition said that his forces killed 20 soldiers – higher than the government estimate of 15- and another 23 in a fight in Tore, in Central Equatoria state, on the same day.

Meanwhile, the US ambassador to the UN said on Thursday that the United States will be presenting a draft Security Council resolution in the coming days, which would impose an arms embargo and targeted sanctions on South Sudan.