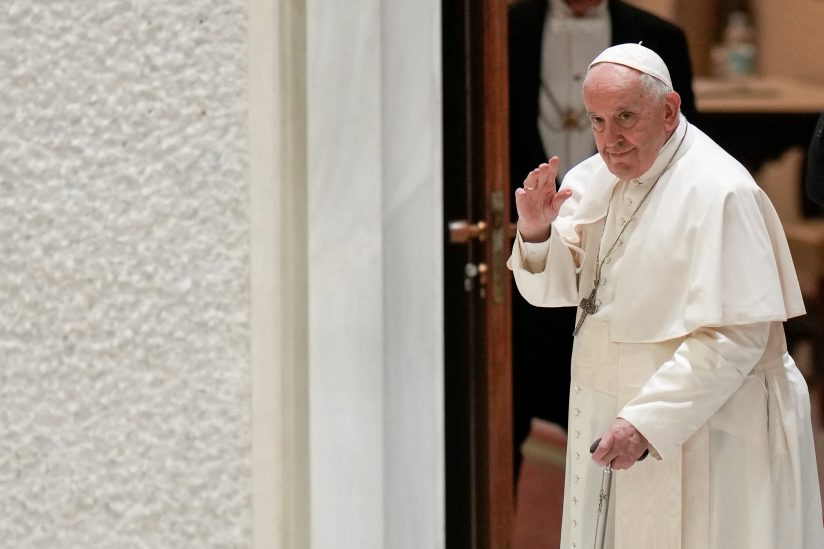 Pope Sends Top Cardinal to South Sudan in his Stead,
Urges Nation to Hold Out Hope

Due to health complications, Pope Francis postponed a trip to visit the Democratic Republic of Congo and South Sudan that was slated for July 1-8. Apologizing for his absence, he appointed his Secretary of State and the Vatican’s highest ranking official following the Pope, Cardinal Pietro Parolin, to make the trip on his behalf.

Pope Francis has struggled with knee pain and was recently seen in public using a wheelchair or assisted by a cane. He is reportedly undergoing physical therapy for the ailment.

The Pope apologized for missing the visit and expressed sorrow “for having to postpone this trip, which means so much to me.” He prayed that “with the help of God and medical attention, I will be able to be with you as soon as possible.”

On the same day of announcing the trip’s postponement, Pope Francis issued a message to the two countries urging reconciliation and telling the residents not to lose hope. In his video message, he emphasized how the people of DRC and South Sudan have been “that much closer to my heart,” and that he carries “the pain that you have endured for all too long.”

“Youth deserve to see their dreams come true and to experience peace….
It is necessary to lay down arms.” – Pope Francis

Pope Francis called on the nations to “blaze new trails, new paths of reconciliation and forgiveness, of serene coexistence and of development,” and challenged the leadership of both nations to accept this “great mission.”

“It is a mission you must take up together. A mission that entails looking to the future, looking to the many young people in your lands, so rich in promise and yet so troubled, in order to offer them a brighter future,” he exhorted.

Pope Francis continued, “Youth dream and deserve to see their dreams come true and to experience peace. For their sake, above all, it is necessary to lay down arms, to overcome all resentment, and to write new pages of fraternity.”

Referring to the ongoing national peace process negotiations in South Sudan, the Pope noted how its nation’s people are “weary of violence and poverty” and are still awaiting concrete results.

He concluded his message by reassuring the people their tears and prayers are not in vain, and their consolation of God will come. Pope Francis expressed his intent to reschedule the trip, although no dates have been formally set at this time.