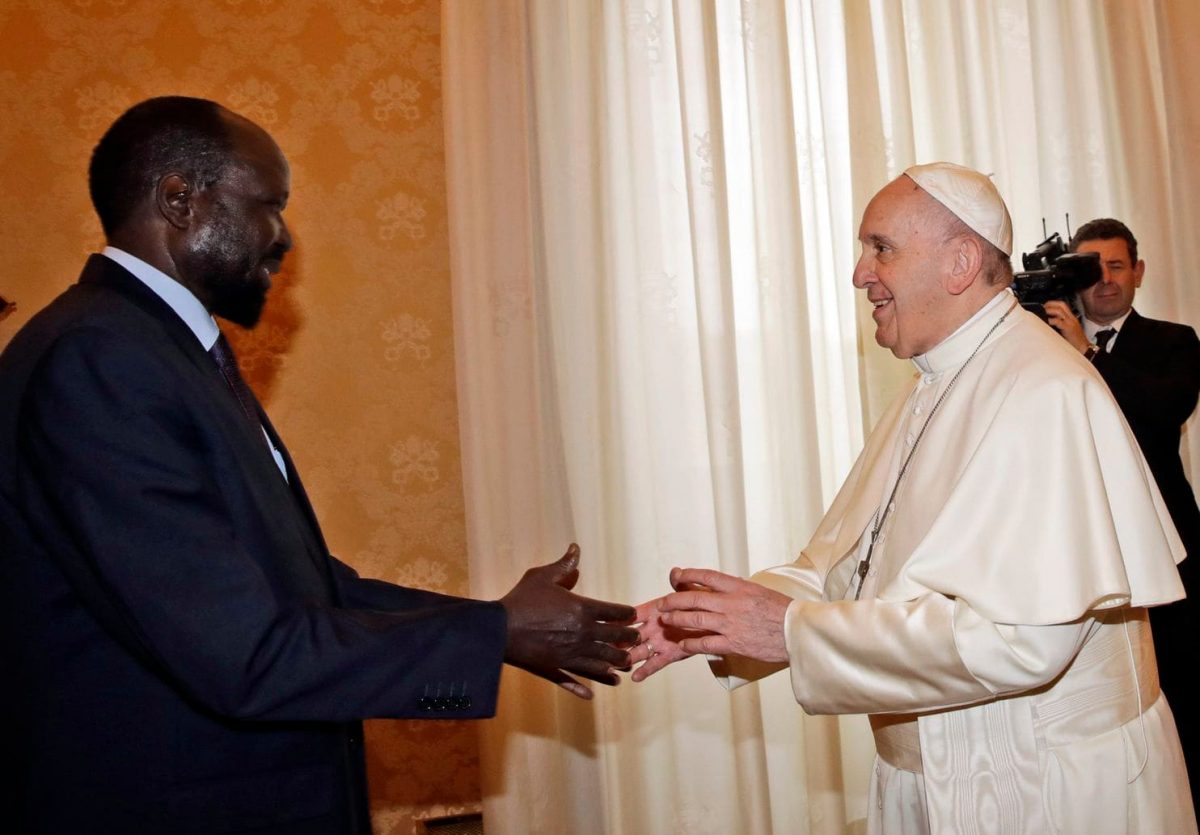 Pope Francis has met with the president of South Sudan and told him that he still hopes to visit the country “as a sign of closeness to the population and of encouragement for the peace process.”

Francis met with President Salva Kiir in the Apostolic Palace on Saturday. Later, the president met with the Vatican secretary of state and foreign minister.

The Vatican said the talks focused on the country’s peace process, the return of refugees and future development.

Francis had wanted to visit South Sudan in 2017 with the archbishop of Canterbury, but security conditions interfered.