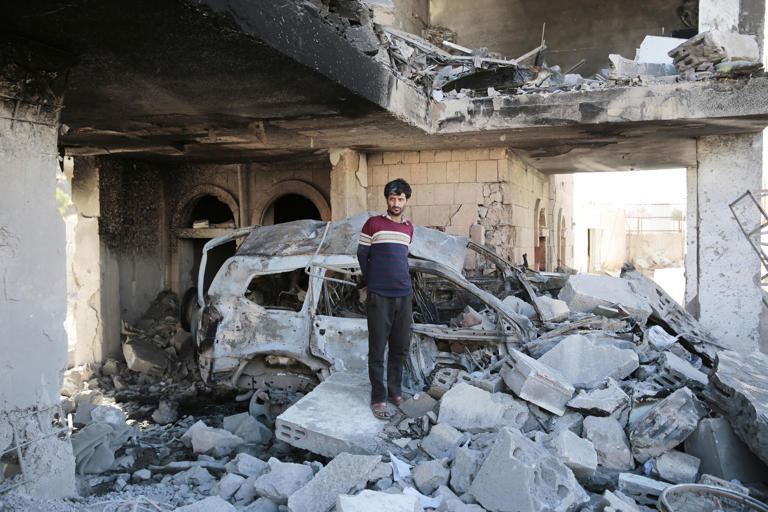 As all eyes turn to the Russian invasion of Ukraine, fallout from the effects of that conflict quietly compound already mounting crises in Africa and other parts of the world, now being largely forgotten.

Humanitarian aid earmarked for emergencies in the Horn of Africa has been siphoned away for redistribution toward the Ukrainian effort. Charitable contribution income relied upon from individuals and organizations worldwide is also considerably lower, as donors switch their support to the current war effort in eastern Europe.

Meanwhile, drought and famine in countries of this African region are intensifying, even as food insecurity is worsened by interrupted grain shipments normally arriving through eastern European transportation routes. Those shipments have been held up since the beginning of the outbreak between Russia and Ukraine, heightening food insecurity.

“With all the attention in the media and the sort of geopolitical priorities that Ukraine comprises, the amount of additional assistance for other parts of the world….is going to be pretty constrained,” said Daniel Maxwell, Professor in Food Security at Tuft University’s Friedman School of Nutrition Science and Policy. “We should be able to think about two problems at once. But I’m not sure there’s evidence we’re fully doing that.”

Sukaina Sharafuddin, an aid worker from Yemen, noted the disparity in public fundraising is occurring because people of donor nations “feel more connected to what’s happening in Ukraine.”

Media coverage is also a factor. While 91 percent responded to a recent poll by the Christian Aid charity stating they were aware of Russia’s invasion of Ukraine, only 23 percent were even aware there was a crisis in the Horn of Africa, where nations are suffering the worst drought in 40 years, putting millions in danger of starvation.

“People just don’t seem interested” in helping, said the regional spokesman for the International Committee of the Red Cross in East Africa, Abdikarim Mohamed. He indicated that affected nations were now almost totally dependent on state-backed aid, which is traditionally minimal or in some countries like South Sudan, virtually nonexistent.

Aid organizations fear the situation will only intensify, reaching calamitous proportions before garnering world attention. “Yes, there is donor fatigue,” said Mohamed. “But the scale of the problem is now hitting levels where we need governments to try to focus on preventing these people from dying.” Read more here.